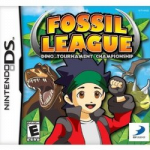 Hi. I'm E4439qv5, (E44 for short) and I was among the first five contributors to this wiki. I am a bureaucrat, and I do almost nothing with it. Seriously, this wiki pretty much runs itself. If by some absurd chance you DO have a problem with something, feel free to talk at me about it on my talk page.

Reuben (Rubicon): My first, and arguably go-to, character. He has average-tall height, and an athletic if not super-muscular build. Digadig, Italian and English heritage gave him an interesting combination of shaggy chestnut hair and serious olive-hazel anime eyes. Through the story his personality changes, so it's difficult to characterize him as a hero or villain. He's very neutral. His battle strategy is to disrupt and harass his opponents using lots of FP thievery, Counter, Quicken and Sleep techniques. He'll play by the rules in regular and tournament matches, but when playing for keeps he'll encourage his vivosaurs to use space, go in and out of the traditional battle formation hexagons, and work their own ranges and timing.

Mia: Rubicon's sister. Friend, mentor, shopaholic, former Fossil Center staff. Based on my little sister, but she's a couple years too young to pass on the torch. Her favorite vivosaur is Coatlus, and she seems to prefer early-game Air and Fire types.

Reese Pennant: To be introduced.

Ronnie Cueless: To be introduced.

Carl: Headcanon character. Carl would've been the Staff leader at Ilium Island under Joe, but when Joe got covertly replaced, Carl got suspicious. Carl was subsequently demoted and replaced with Kent, who didn't know him as well. He's appeared in Chapter 6 of UtR as a high-ranking bodyguard.

Characters I have "stock in," so to speakEdit

Alistair: The OC of former fellow author Novafan365. Actually, fellow author is a bit generous. He spent a month on his story and then r-u-n-n-o-f-t. I've done my best to not revise his thirteen awkward, restrictive chapters in order to keep an idea of his established characterization. It's tough, but I'm trying.

Celestial: Derp's OC. She's as public domain as any character on the wiki, but writing from the perspective of her best friends I have a little... special insight. You'll see what I mean.

Ray: Rubicon's boss, and Helvian494743's OC. I pretty much came up with his characterization; he's a sociopath who treats anyone or anything in path as a possible tool to achieve his goals. Promoted to a subdivision of the BB Brigade because Don saw him as an unrelenting force perfect for helping take down Joe. However, Ray works for no man, and ends up wanting his own villainous team. Thus the Breakaway Brigade is formed. He has a softer side too, but can't come to terms with it. He can cook really well and he keeps a regular fitness regimen. He is the best character.

Ub: Ub's OC. He too was not particularly involved in the storytelling process after the character's creation, so Novafan365 took on the task of fleshing him out. Once Nova left, I took on the mantle of Ub. He's central to UtR, so I want to make sure he's in good shape. Whether that shape is a brooding underground anti-villain, an unfettered mad scientist or a Guhnash gijinka remains to be seen.

Brom Bones: This guy flat needs to be a BB Brigade Goon. I accept the challenge.

Derrick's Nightmare. Oneshot. In-joke explained in the source code as an author's note. Retconned into a bonus chapter for UtR (see below).

Uncrossing the Rubicon: I talk about it plenty on the page itself.

Ubove and Beyond: On hiatus until I can figure out what the heck I'm actually doing with it. You can read it if you want but I'll tell you right now it needs deletion big-time revision.

Storm's Brewing: You didn't hear it from me, but I've been one of the beta readers, editors, idea generators, sounding boards, and supporters of TDD25 and his masterpiece. I've even been personally responsible for a few lines (and a significant chunk of Chapter 18).

Retrieved from "https://fossilfightersfanfic.fandom.com/wiki/User:E4439Qv5?oldid=6867"
Community content is available under CC-BY-SA unless otherwise noted.